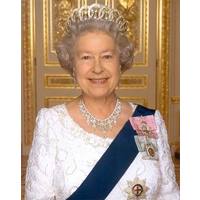 On the 9th September 2015 Her Royal Highness Queen Elizabeth II became the longest reigning monarch passing the previous record set by her great great grandmother Queen Victoria.  Queen Elizabeth II has been on the throne for 63 years 216 days.

The only living monarch to out-reign the Queen is Thailand’s King Bhumibol Adulyadej, who is two years younger but has reigned for six years longer. However she beats him, and all other contenders, on one matter. According to Guinness World Records, she holds the world record for most currencies featuring the same individual.