2020 The Elf on the Shelf Christmas PNC

The Elf on the Shelf: A Christmas Tradition is a children’s picture book by Carol Aebersold and Chanda Bell. First released in 2005, the story of the watchful Scout Elves who report on children’s behaviour back to Santa has since grown into a publishing sensation. The book, which comes with a Scout Elf doll, tells how during the Christmas season, the elf conceals itself in different hiding places before the family wakes up in the morning. After watching over the events in the house, at nightfall it flies back to the North Pole to give an account of any good and bad activities it observed. The resident Scout Elf obtains its magic by being named and loved by a child. Once it is named, the elf receives its special Christmas magic, which enables it to fly to and from the North Pole.

However, the golden rule the family must follow is to not touch the elf, at risk of the magic disappearing. While they cannot touch their elf, the family members can speak to it and through it communicate to Santa their Christmas wishes. 2021 Dreaming Down Under Koala PNC 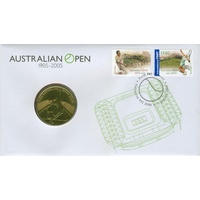