Diwali is the ancient Hindu ‘festival of lights’. Celebrated by millions of people in India and all around the world, the five-day festival represents the triumph of light over darkness and knowledge over ignorance. The annual event marks the beginning of the Hindu New Year in October or November, with the date changing in accordance with the Hindu lunar calendar.

Festival goers also take part in puja (prayers), often kneeling before Lakshmi, the goddess of wealth and prosperity, to seek her divine blessing. A traditional form of art known as rangoli is frequently drawn in front of the entrance to a house or in a prayer room. Created using coloured petals, flour, rice, sand or powders, its intricate pattern serves as a welcoming gesture for the gods and is believed to trap negative energy while attracting luck.

The Diwali 1oz Silver Gilded Medallion is struck by The Perth Mint from 1oz of 99.99% pure silver and has an unlimited mintage. 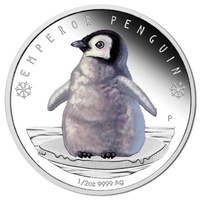