The most original coin issued in 2016 depicts the famous Guy Fawkes Mask in smartminting© technology. We have seen this mask many times throughout history, recently in the film “V for Vendetta”, among groups protesting against politicians, banks and financial institutions, and as symbol of the online hacktivist group Anonymous.
The Guy Fawkes mask is a stylised depiction of Guy Fawkes, the best-known member of the Gunpowder Plot. The plot was an attempt to blow up the House of Lords in London on 5 November 1605, in order to restore a Catholic head of state. The use of a mask on an effigy has long roots as part of Guy Fawkes Night celebrations. 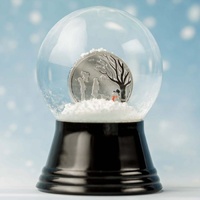